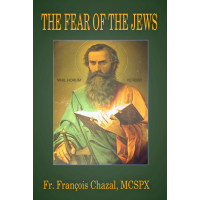 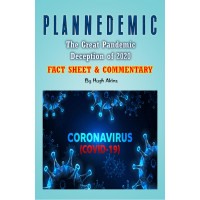 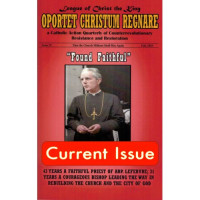 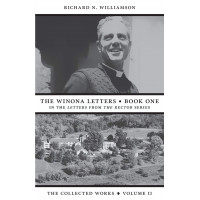 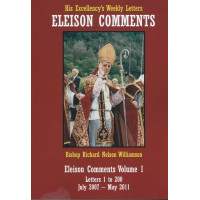 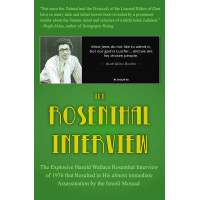 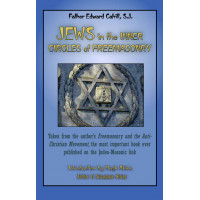 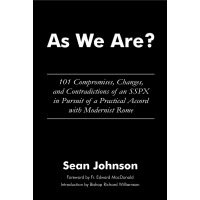 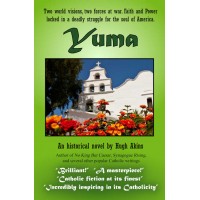 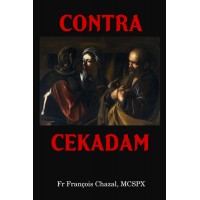 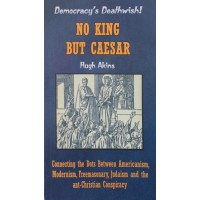 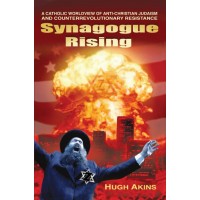 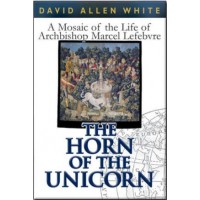 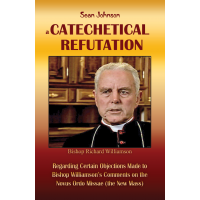 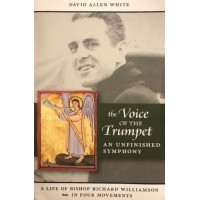 Sacrilege According to St. Thomas Aquinas

Sacrilege According to St. Thomas AquinaS

A Critical Look at the New Mass

A short treatise on irreverence and sacrilege, and how it applies to the Novus Ordo Missae – the New Mass.   An outstanding brief exposition on why this New Mass is unacceptable to true Catholics.  The undoing of the Mass as Holy sacrifice; a table to replace the altar; the Tabernacle off to the side; changing the words of consecration; Mass facing the people; communion in the hand; a clergy formed in modernist theology; sacraments of doubtful validity; a mutilated liturgy; Eucharistic lay ministers; “priestless” worship services; ecumenical inter-communion; a radical departure from Holy Tradition; the loss of the sacred; a spirit far more Protestant than Catholic…such blatant insults to God are highly irreverent and therefore, according to Thomistic teaching, sacrilegious.  This book employs many convincing arguments that no one, in more than 39 years, has been able to refute.  This humble work has been called “the single most important short critique on the Montini-Bugnini rape of the Catholic liturgy.”  A timeless work that has gone through 19 prior printings and is still in demand.  This new and expanded edition is complete with excerpts from Hugh Akins’ other writings on “Democracy and the New Mass,” “The Spirit of the Synagogue in the New Mass,” “Invoking Temple Demons in ‘New Age’ type Masses,”  as well as Craig Heimbichner’s study showing that the New Mass Offertory Formula is taken from the Antichristian Talmud.  Has been credited with the happy return of many Catholics to the beautifully reverent Traditional Latin Mass.